Yasutoshi Kasahara runs the company Kasamori in Kiryū, Gunma Prefecture, an embroidery specialist that emerged from a history of weaving high-quality kimono sashes (obi) since 1877. He is the family’s fourth generation of craftsmen and grew up in the knowledge that one day he would continue the business.

Yoichi Katakura moved to London after graduating in engineering. There he gained a BA in Textile Design from Chelsea College of Arts in 2003. He then worked on commission for haute couture houses in Paris and for a fabric producer in Switzerland. Back in Japan in 2005, he found in Kasamori a company that combined creativity and craftsmanship in one place.

With the design department that Yoichi Katakura set up, Kasamori developed its own technique for embroidering three-dimensional objects. The result was an original line of jewelry made of yarn, for which the brand 000 (Triple O) was founded in 2010. 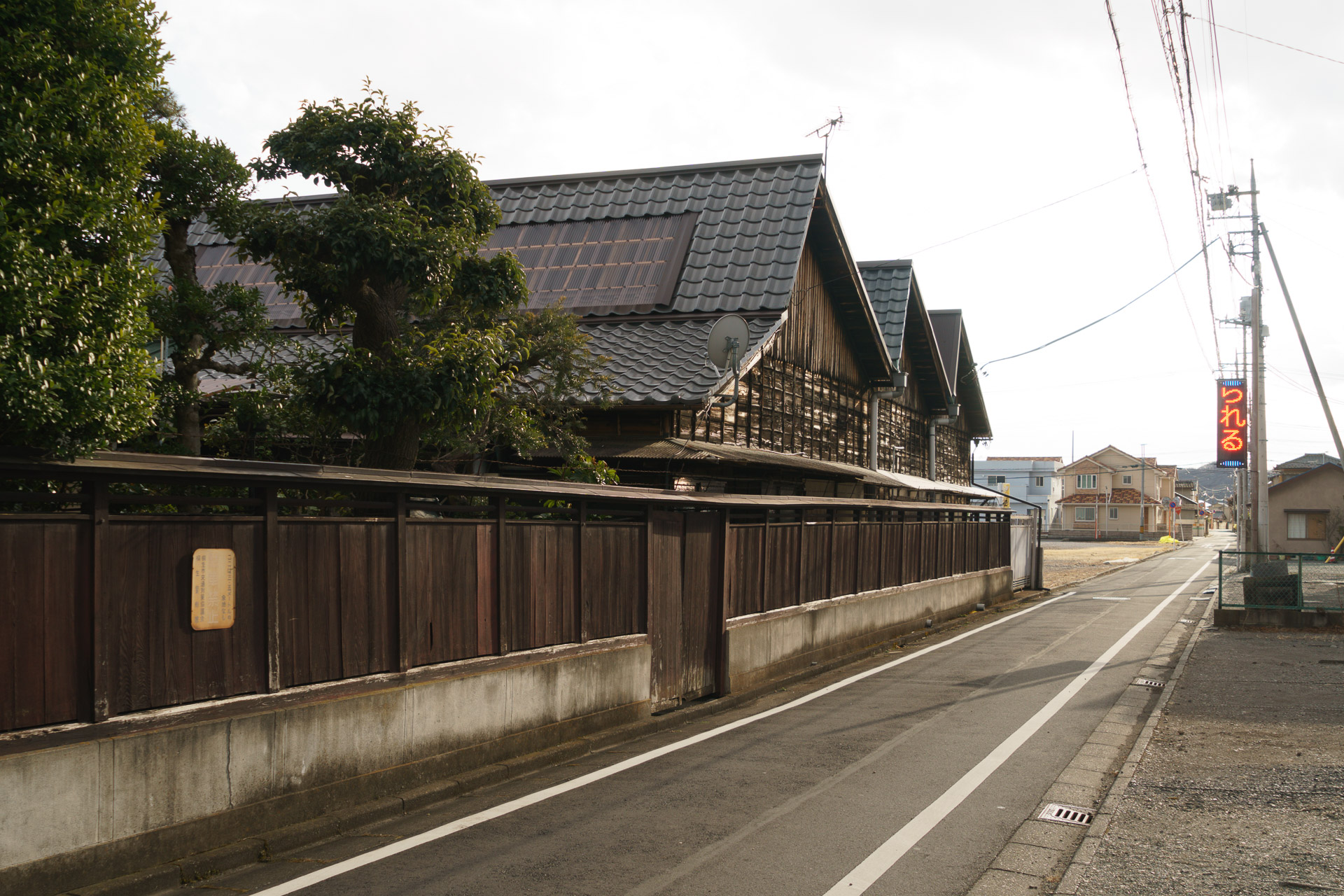 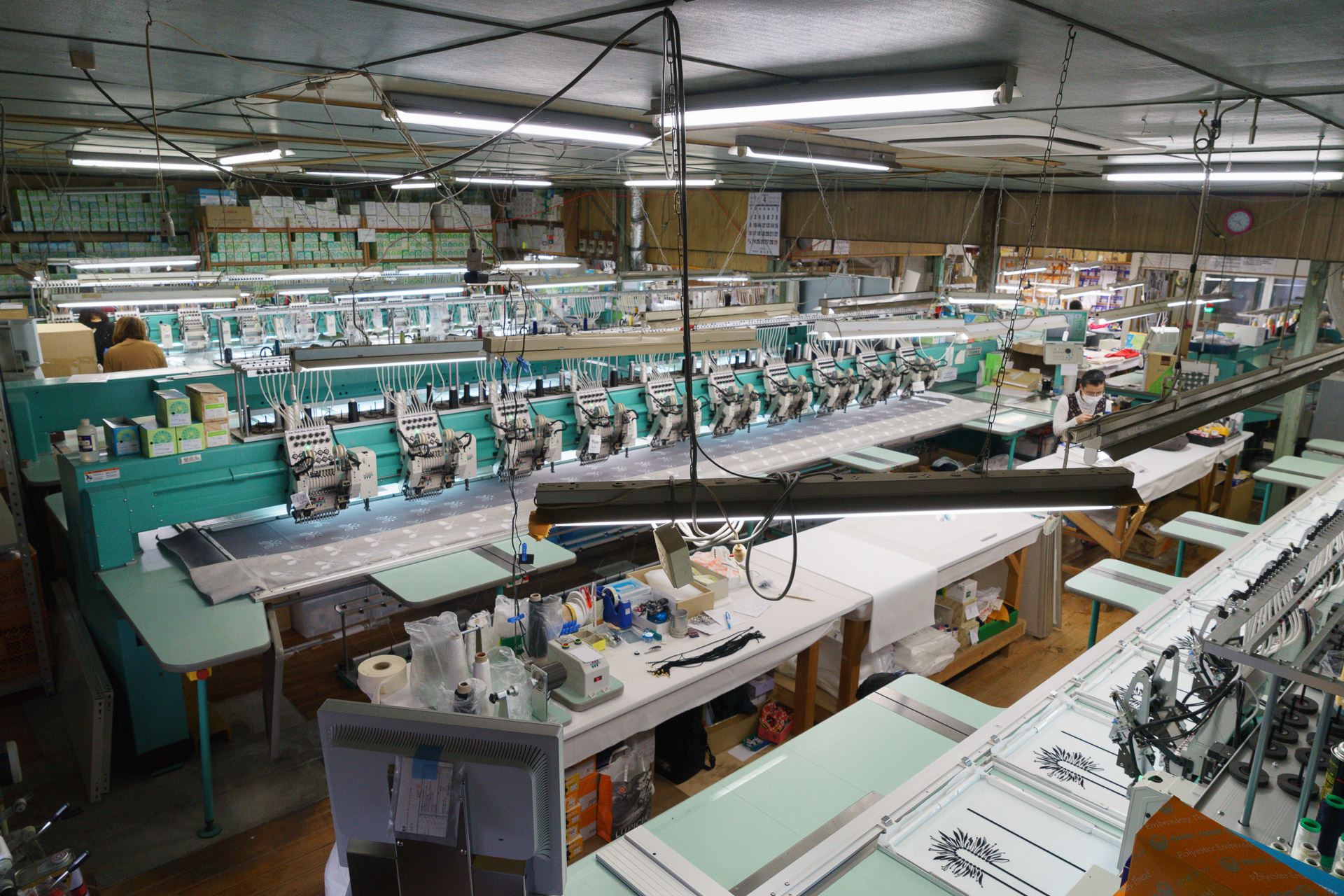 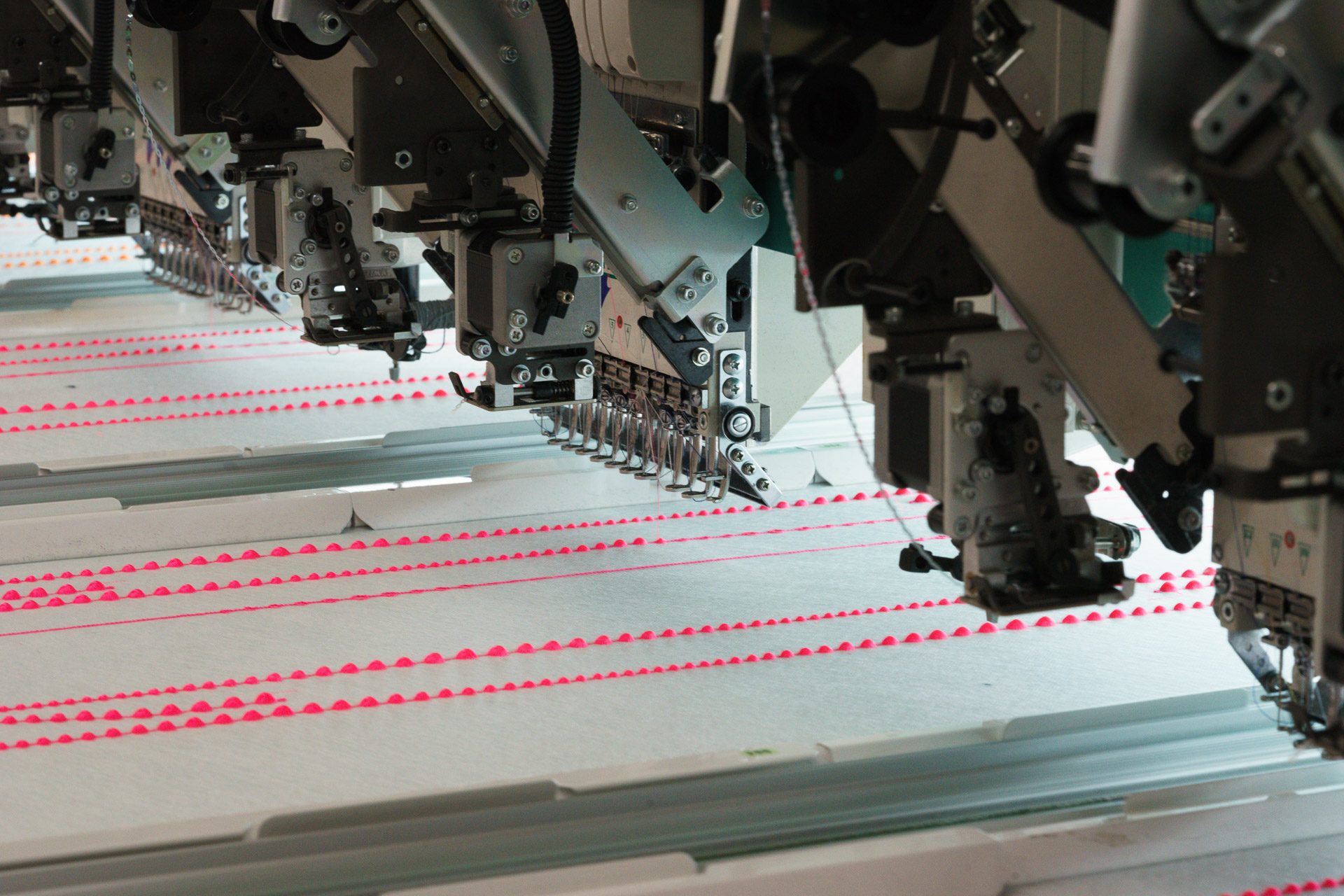 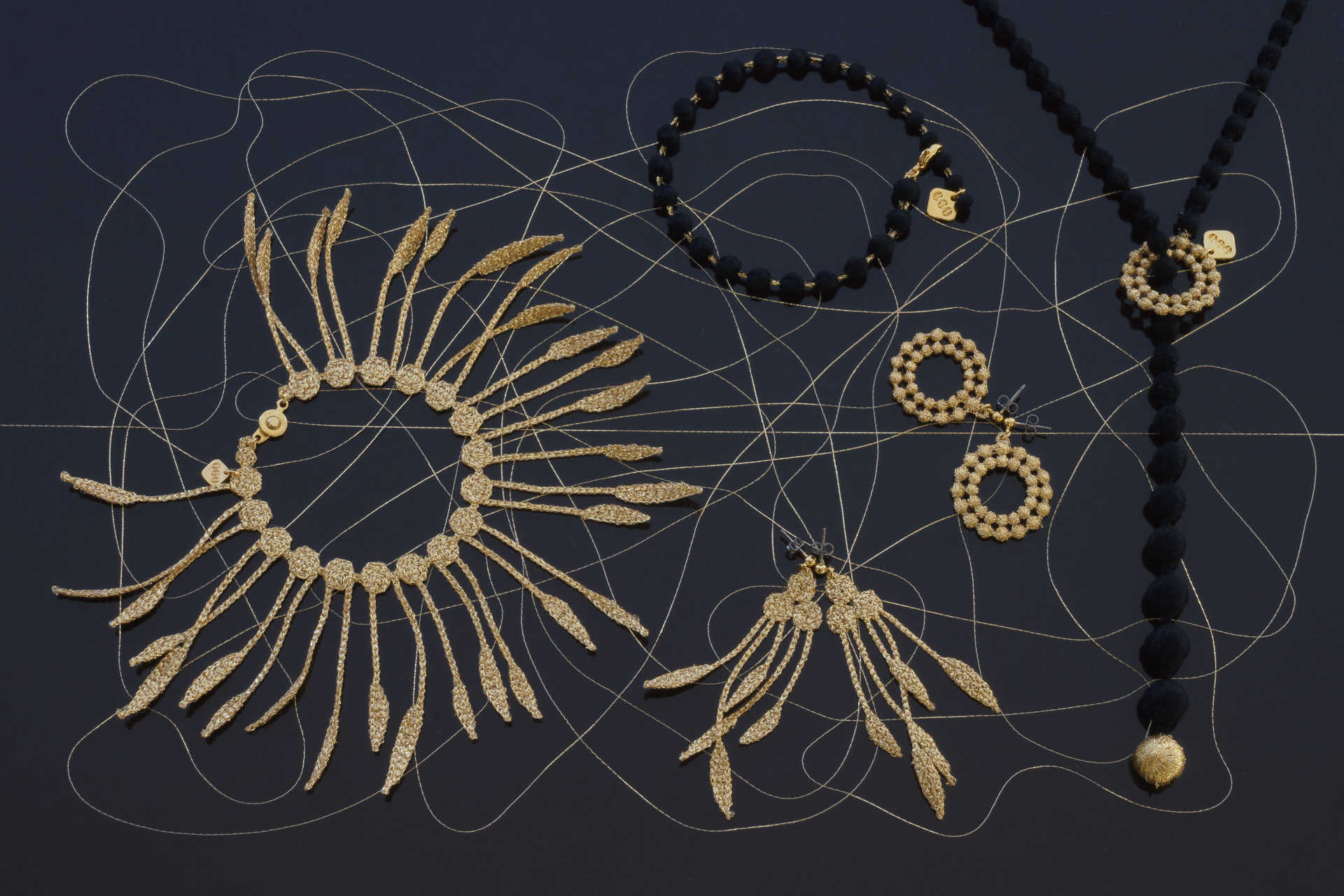 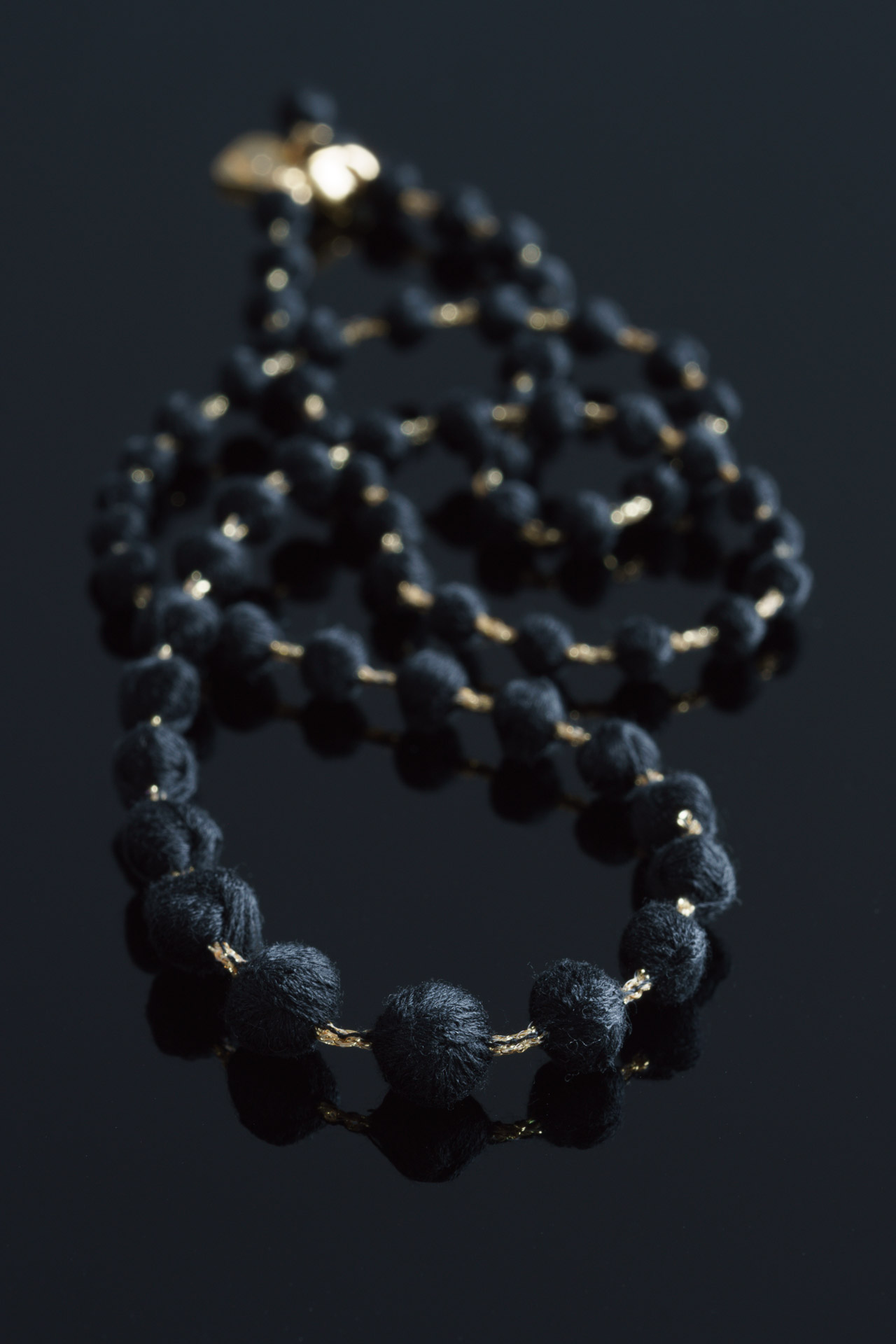 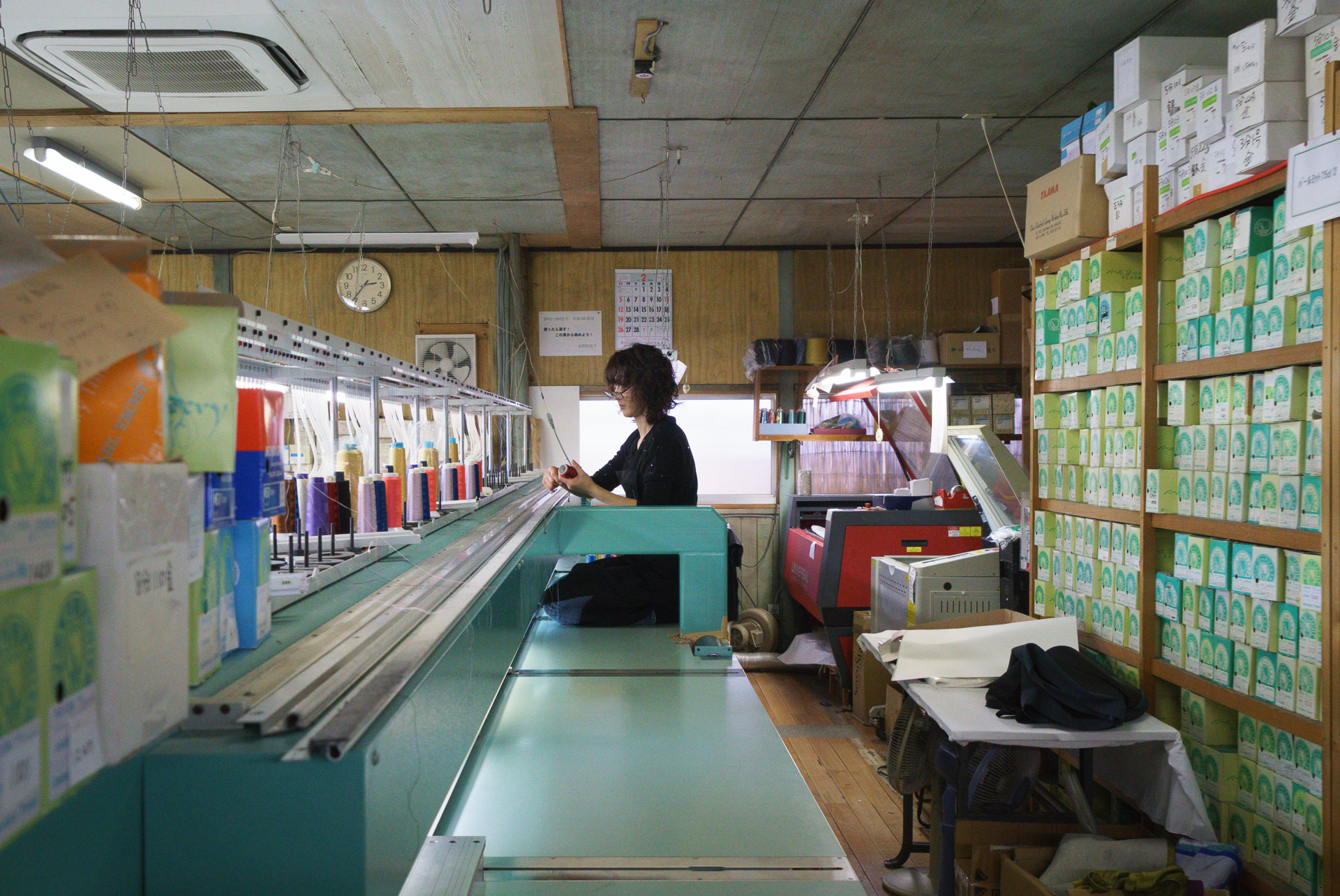 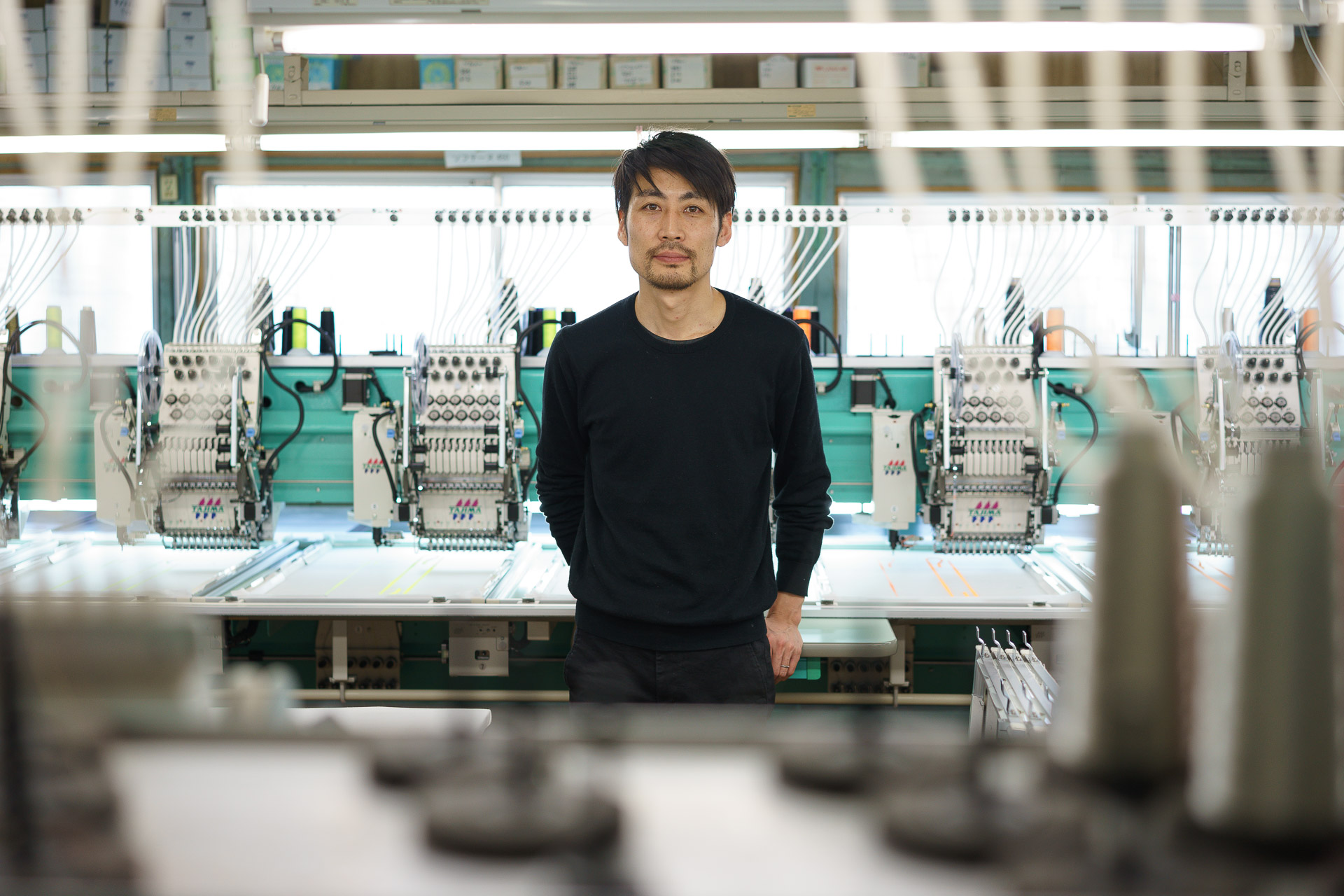 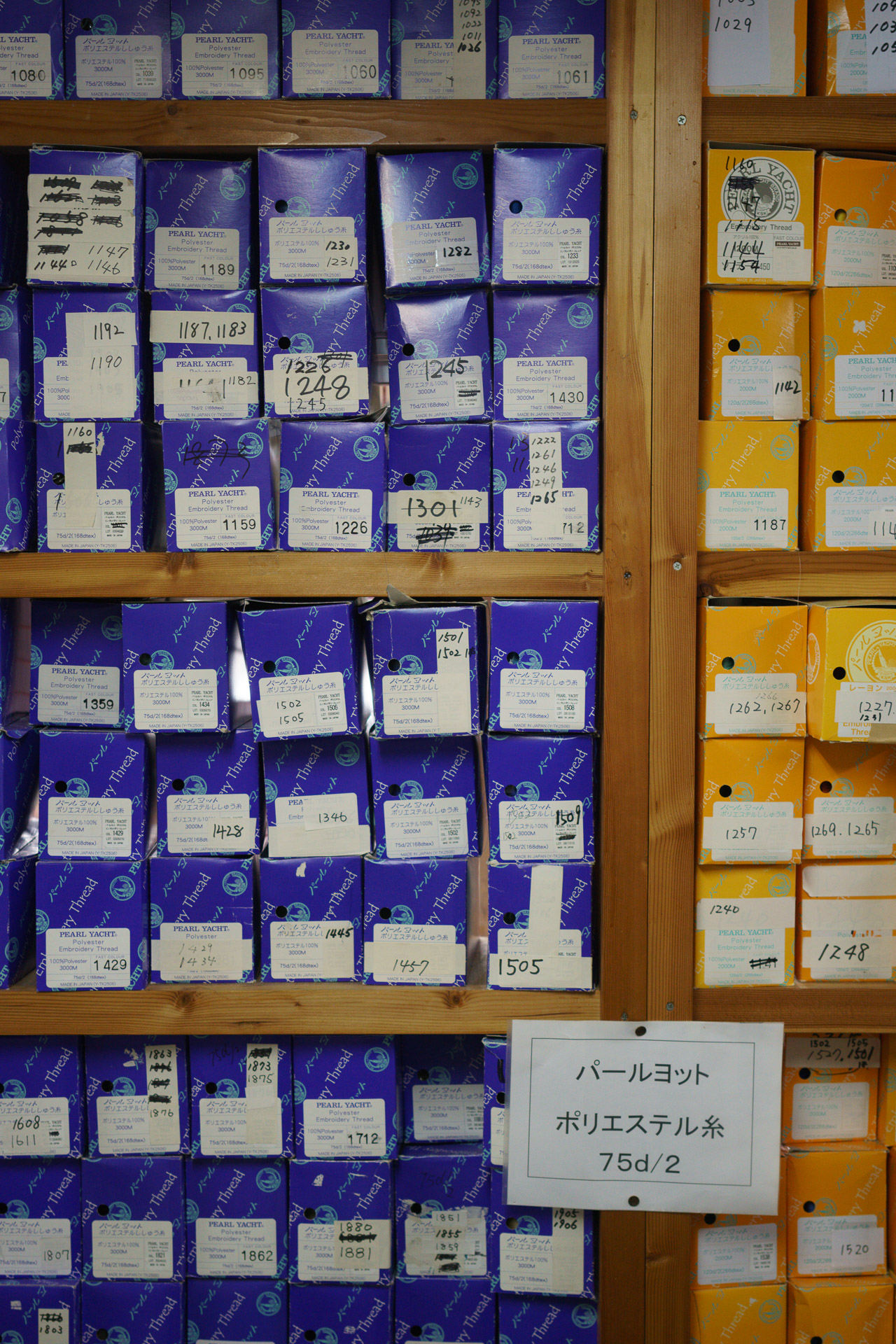 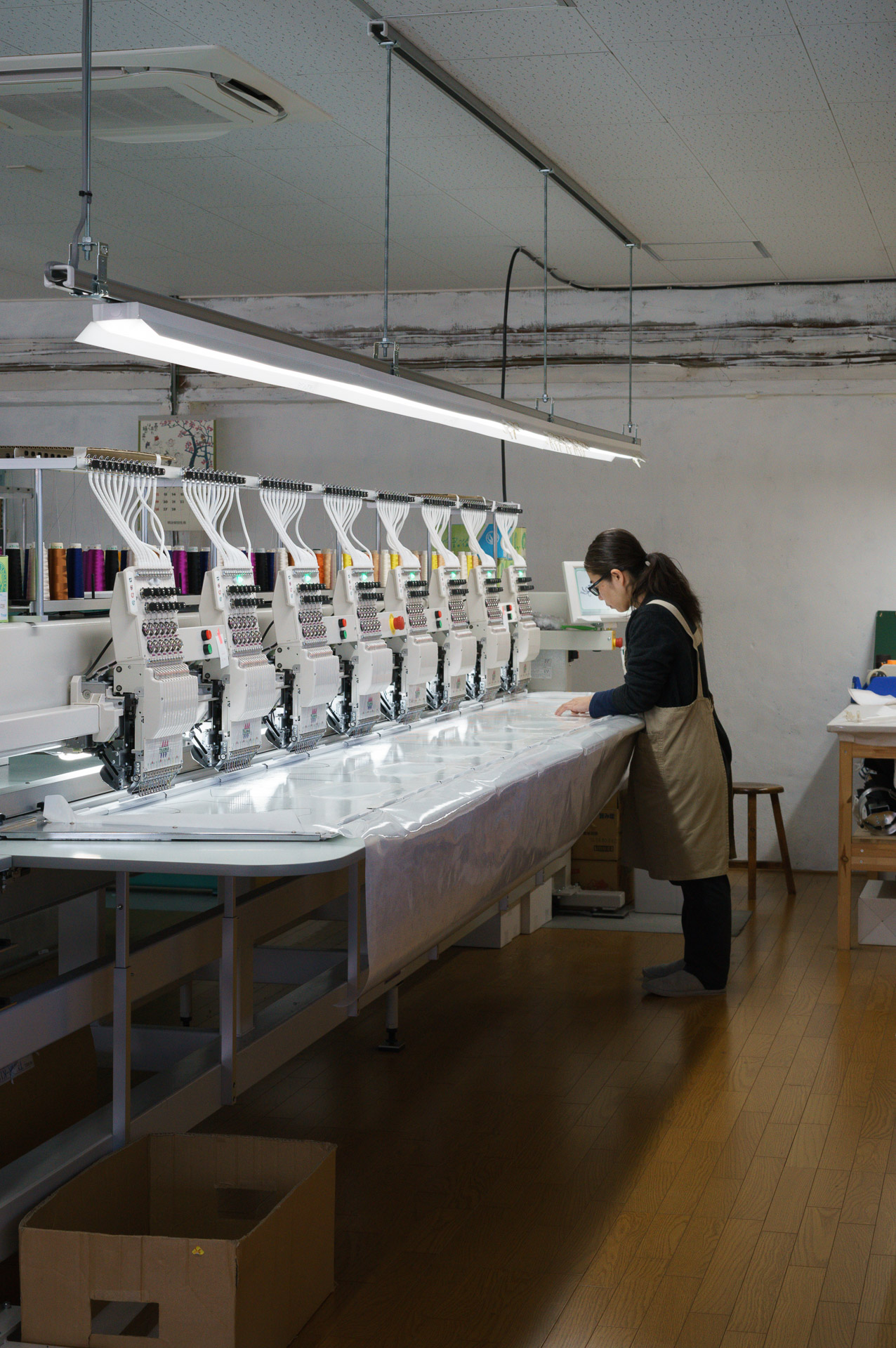 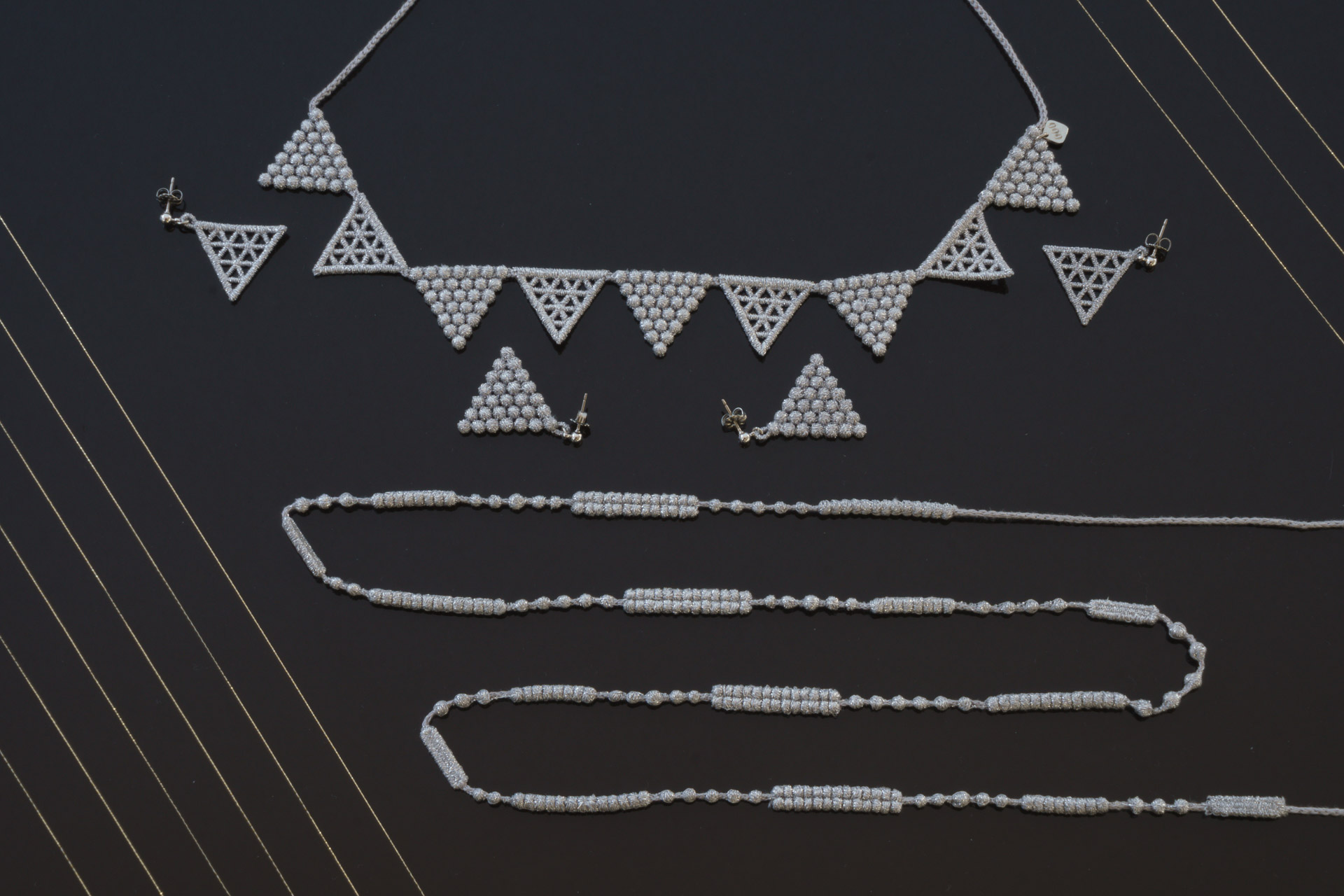 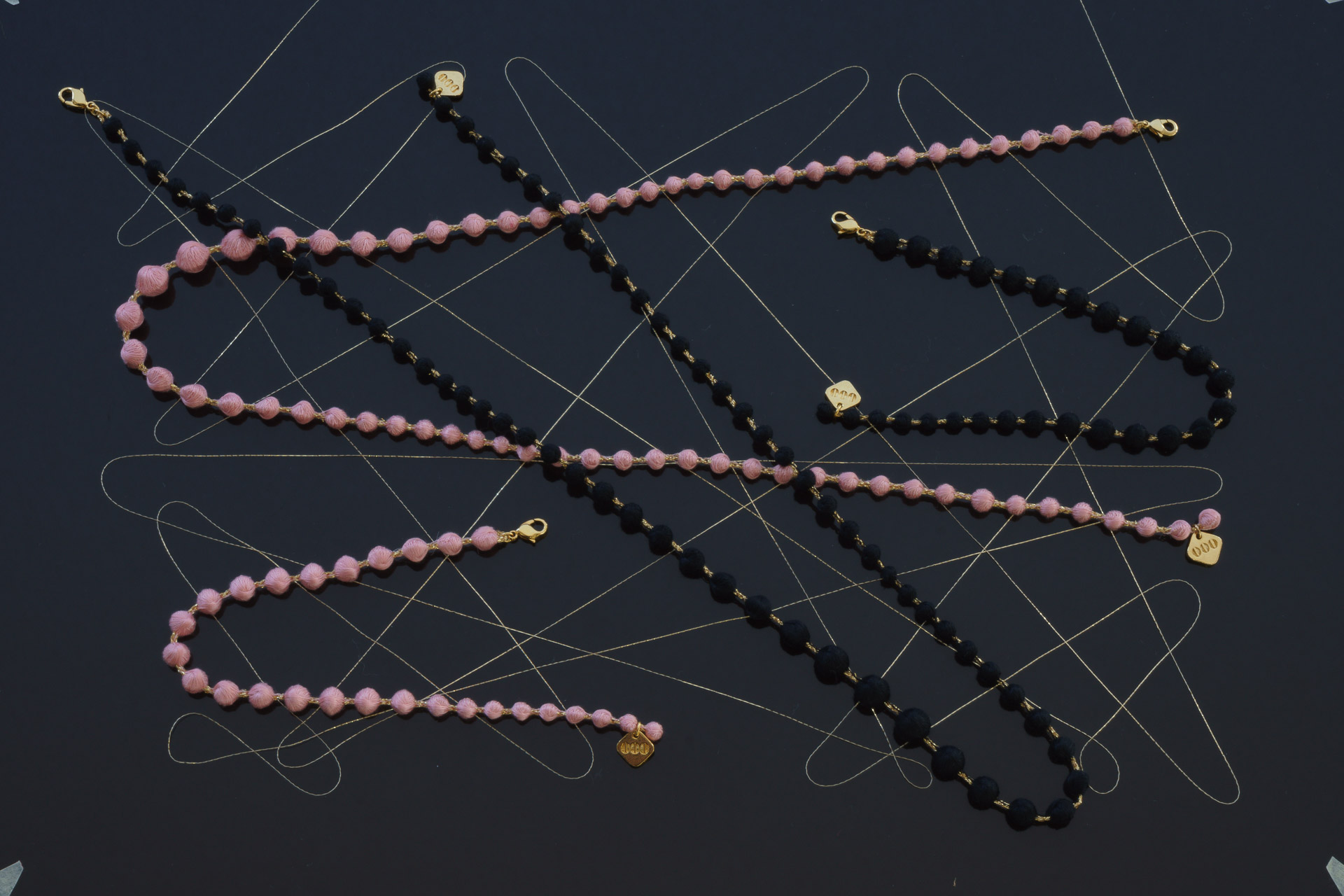 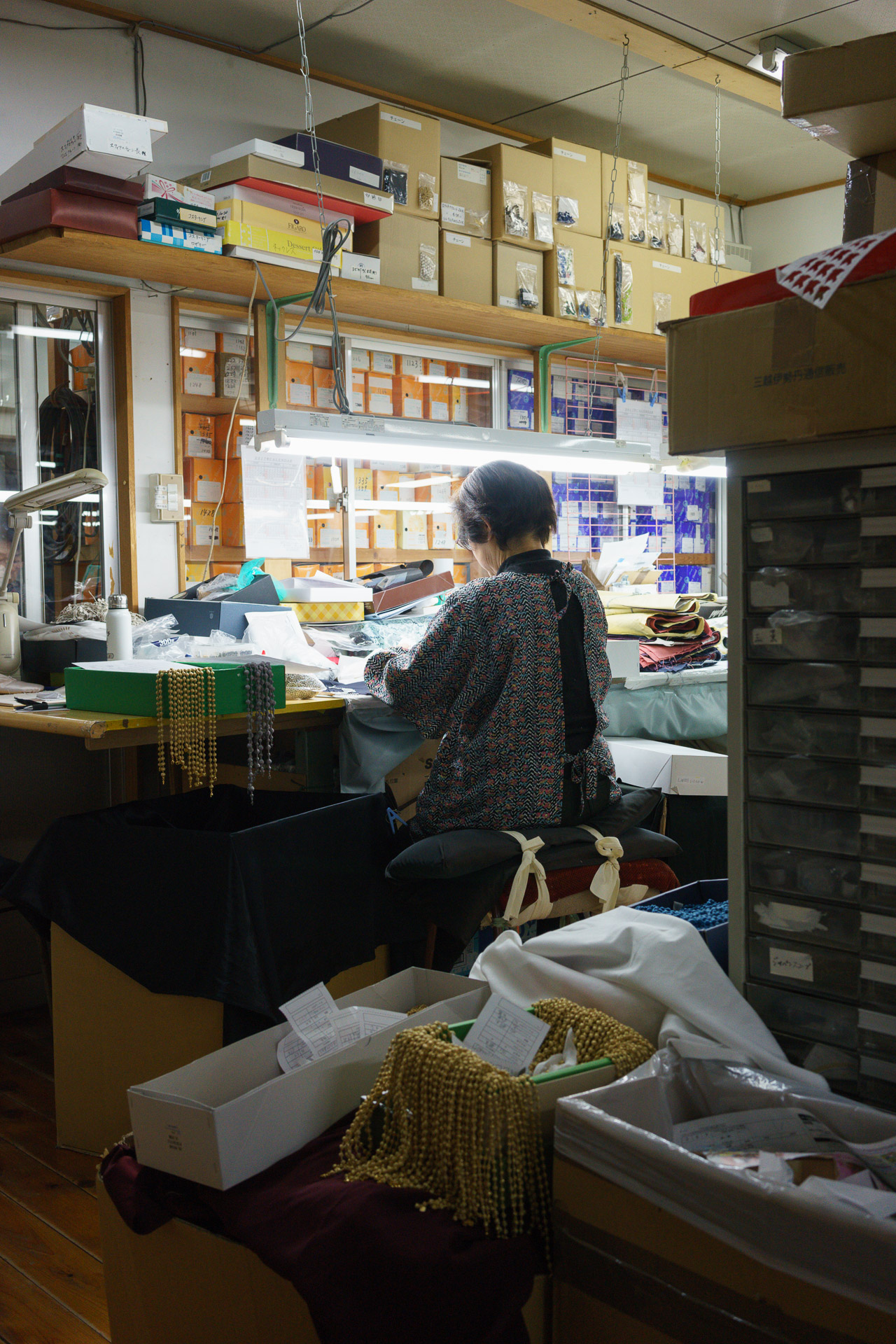 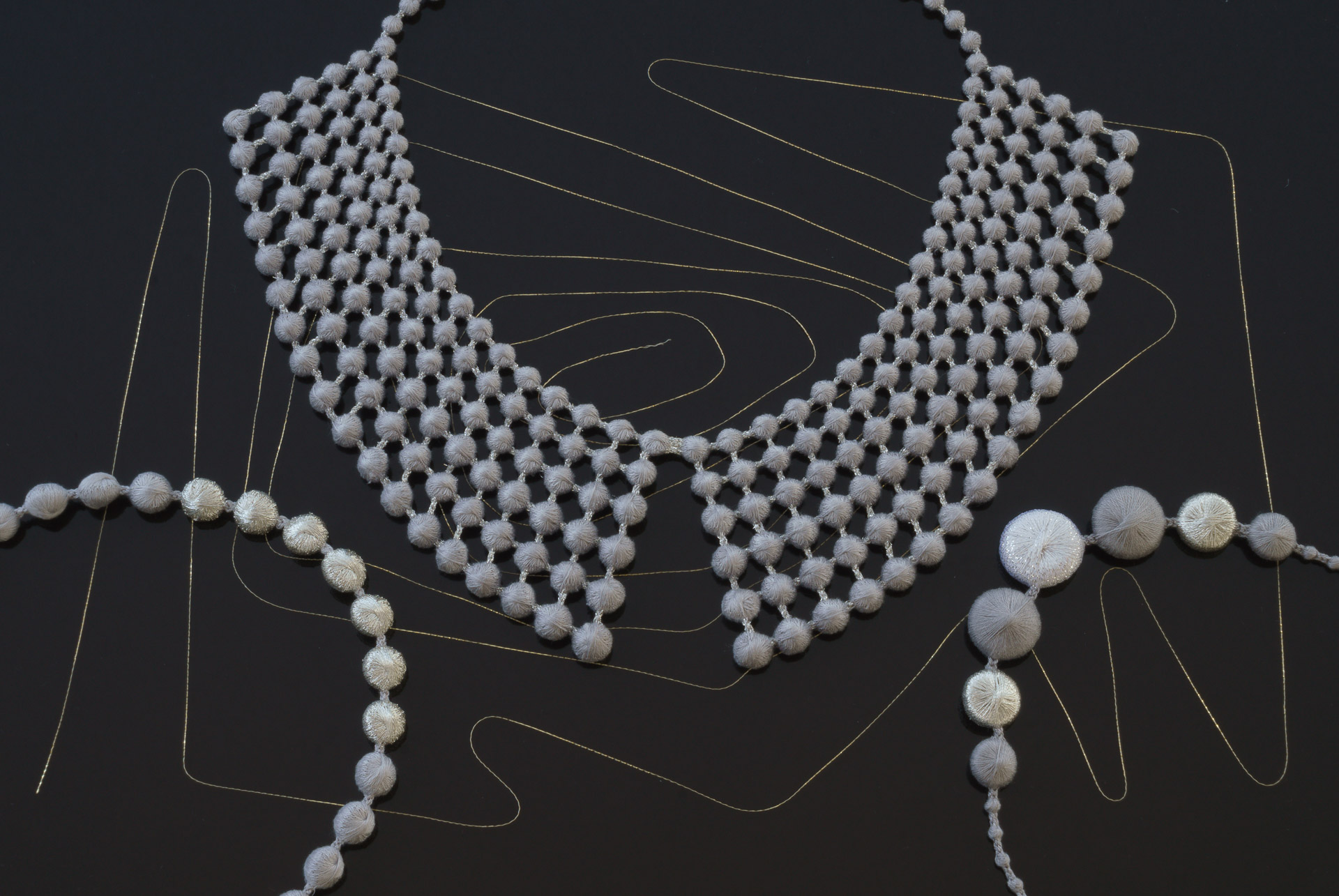 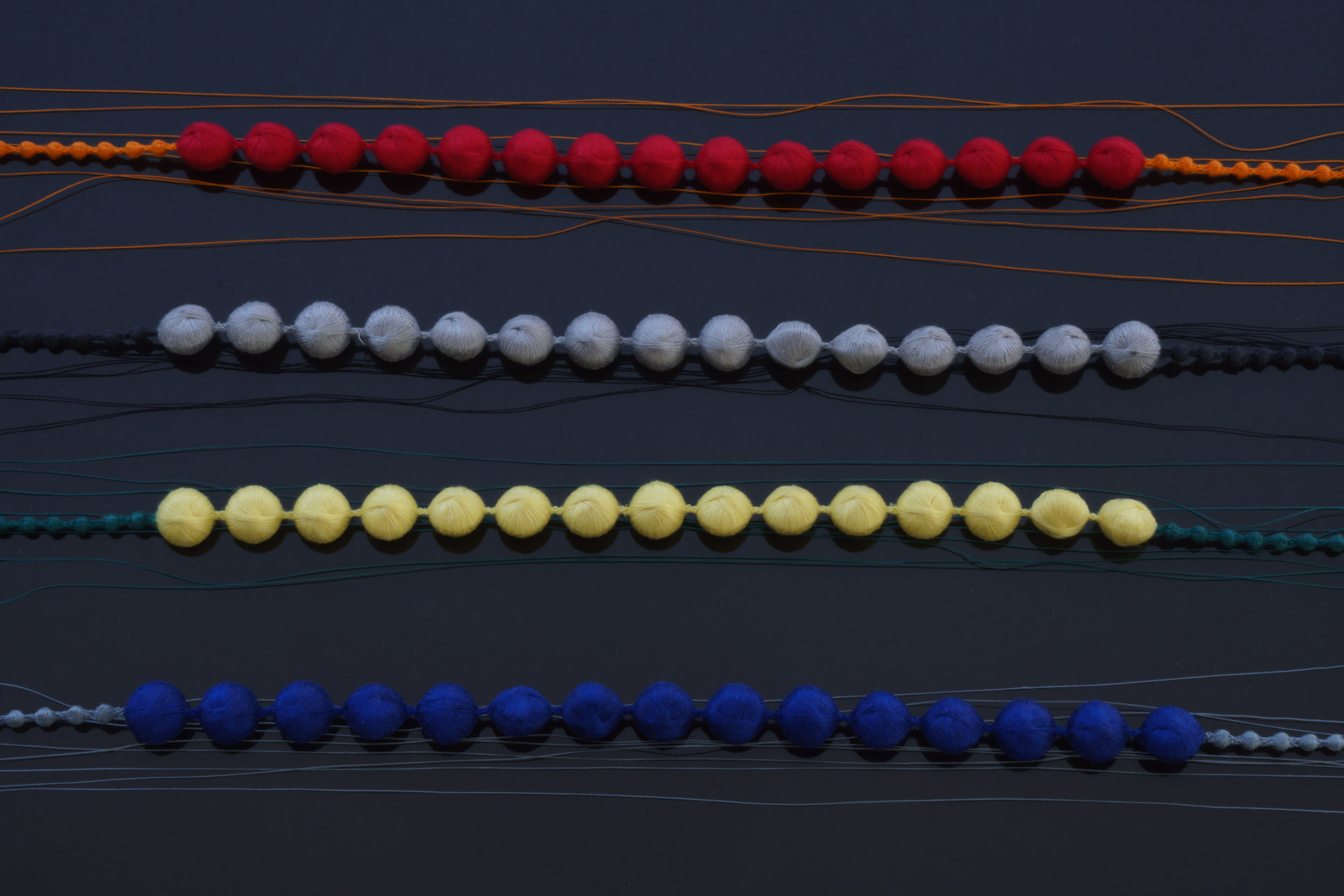 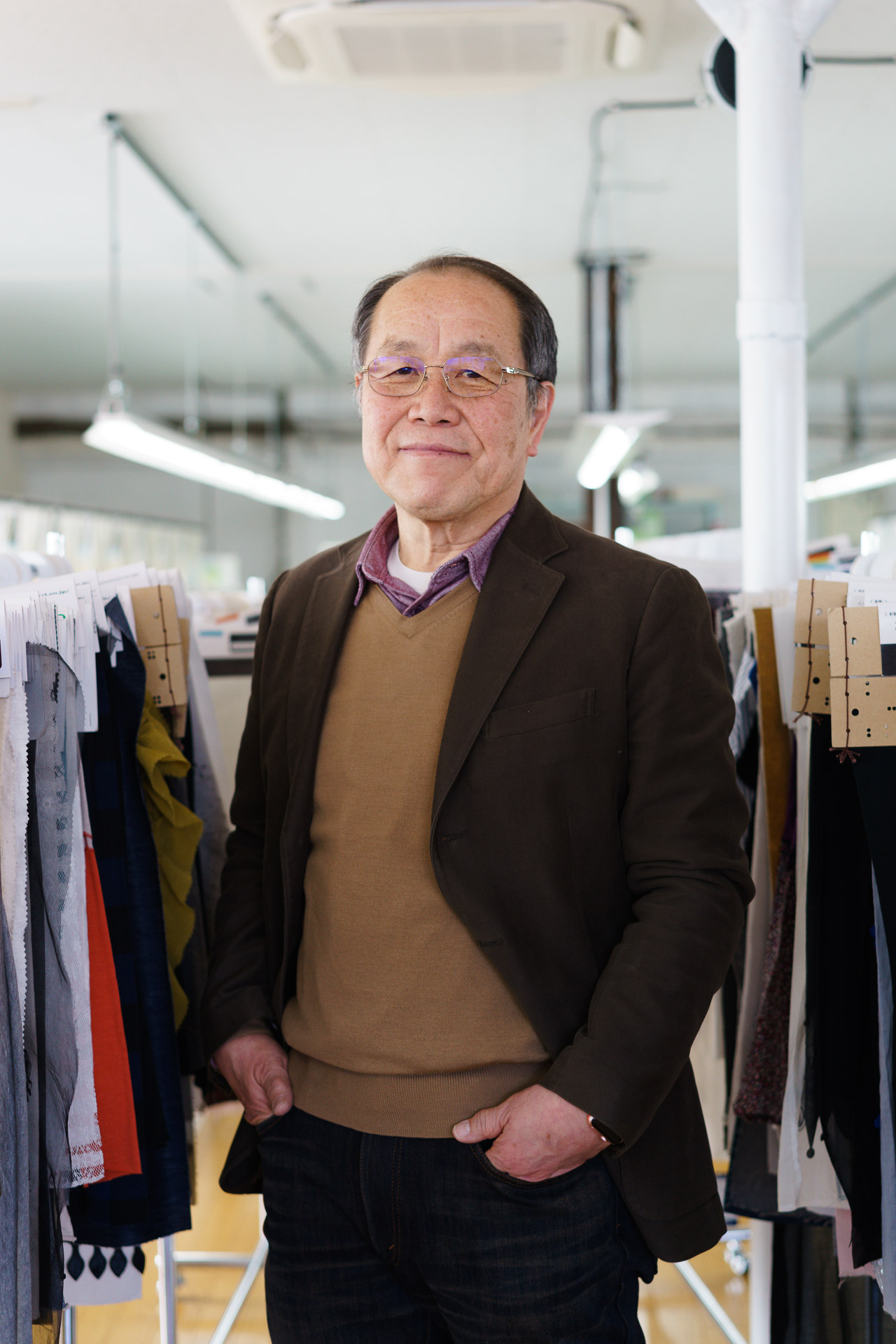 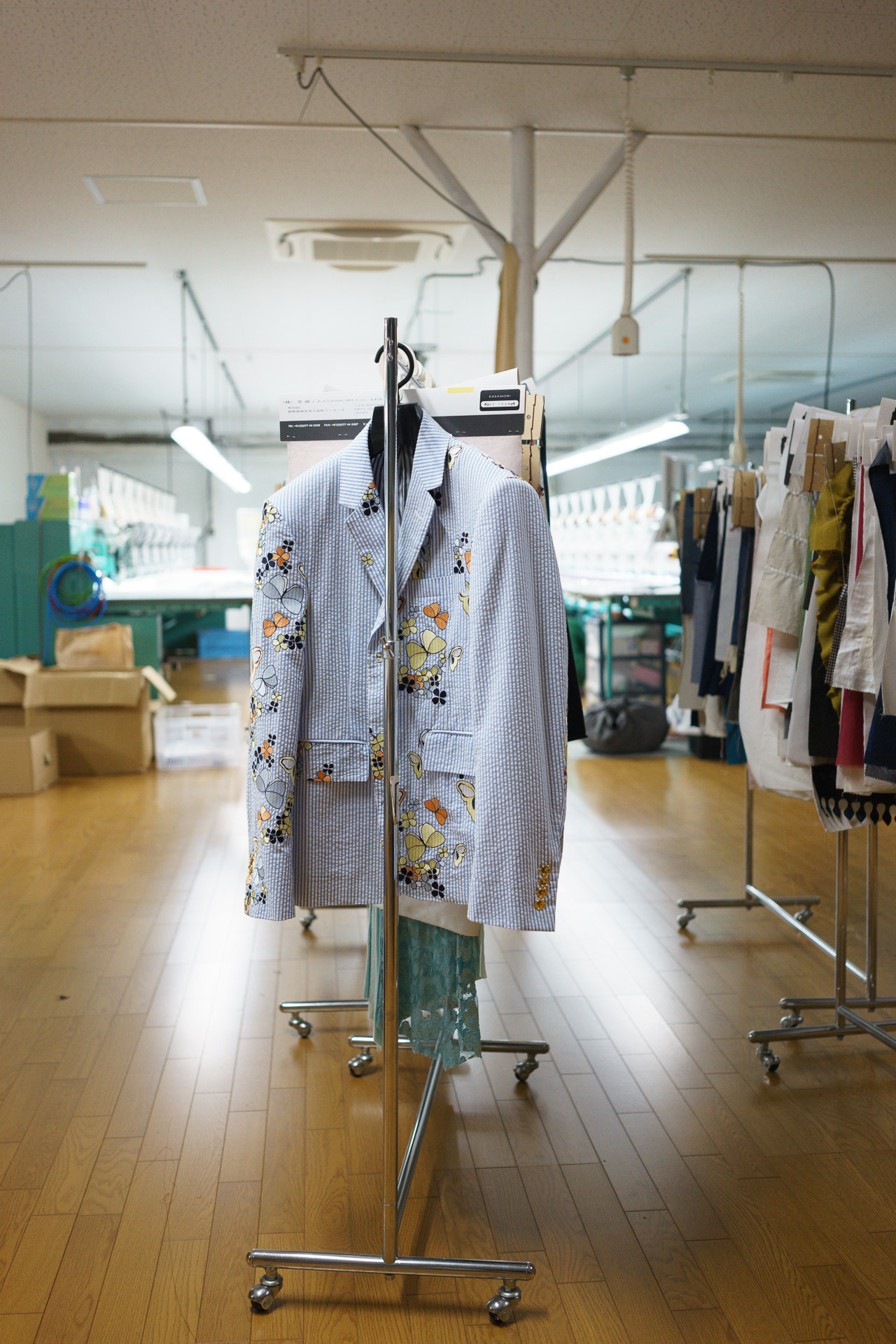 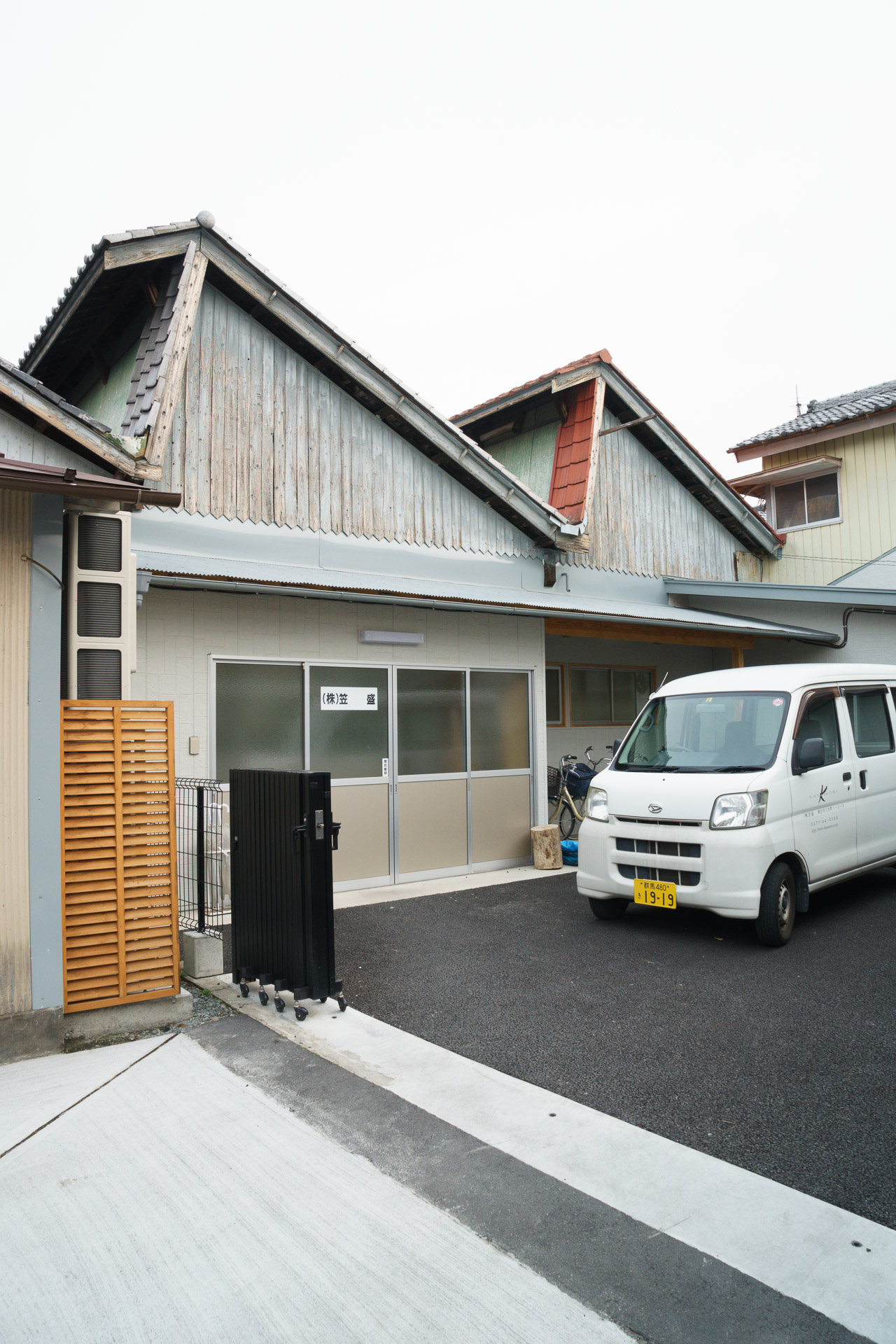